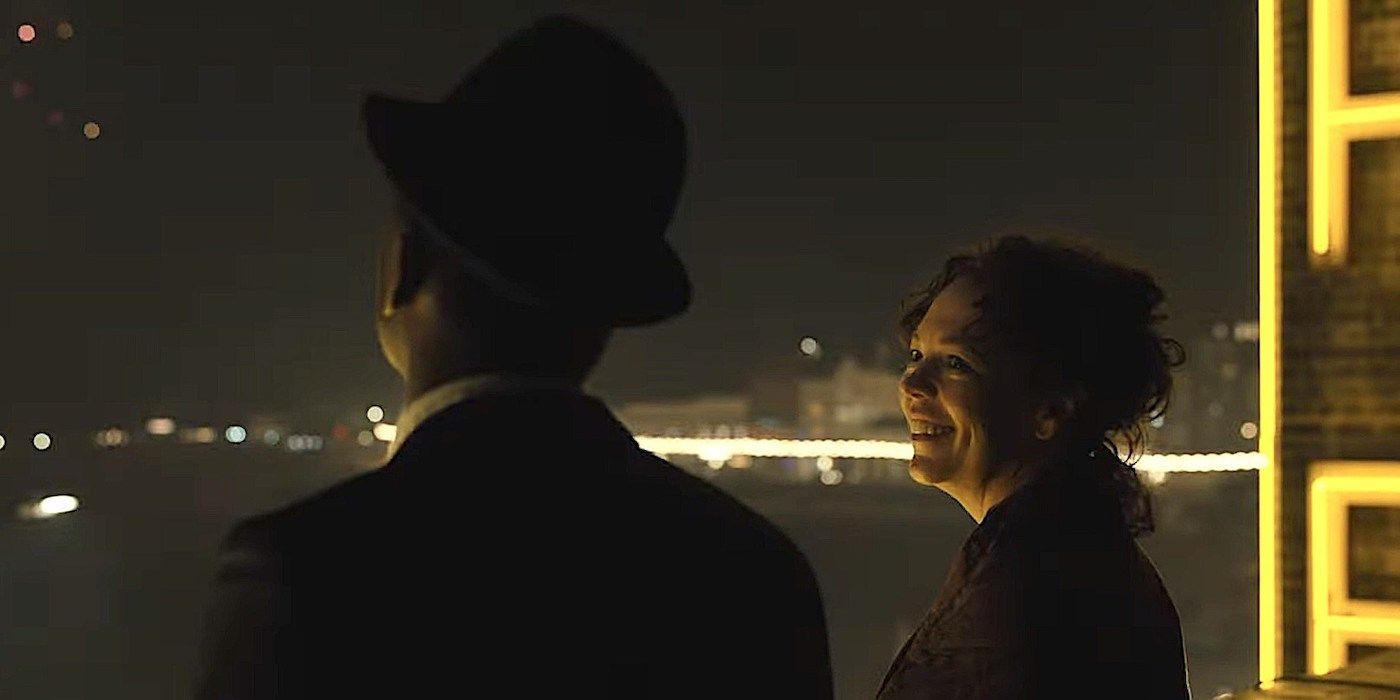 Ever since the beginning of film, it seems like we’ve had movies about the power of movies. From Sullivan’s Travels to Belfast, there’s no shortage of films that remind the audience that the experience they’re watching has the ability to be truly transformative. In Sam Mendes’ Empire of Light—his first film since 2019’s 1917—we get the rare movies about the power of the actual cinema: the rows of red seats, the film flickering, the grandiose design of the theaters—to the point that the movies themselves are almost secondary. But with Empire of Light, Mendes’ latest feels more like a montage of half-considered concepts than an actual compelling story.

COLLIDER VIDEO OF THE DAY

Empire of Light—Mendes’ first solo script—centers around the employees of an older movie theater on the South Coast of England in the early 1980s. The theater has seen better days, with an entire extravagant wing closed to the public, and only a handful of employees working there each day. One such employee is Hilary Small (Olivia Colman), a quiet woman who sells candy at the front of the house, has sexual trysts with the theater’s manager Mr. Ellis (Colin Firth), and never goes to actually watch the movies. Hilary’s life shifts when the theater gets a new employee, Stephen (Lovers Rock’s Micheal Ward), who brings a sense of wonder and joy into her humdrum days.

Empire of Light might’ve been a better film had it simply focused on the running of this movie theater, and the magic of the movies, but instead, Mendes’ film is a mishmash of digressions and ideas that don’t go together. Empire of Light almost ends up feeling like a movie comprised of the trailers before the film, jumping to whatever concept that seemingly comes to Mendes’ mind at the time. Which is a shame, because the movie bits are quite lovely, and Empire of Light is one of the few films to actually sort of nail what it’s like to work at a movie theater, from the customers that are unbearably rude, the projectionist (Toby Jones) who looms over everyone with his technical proficiency, to the late-night sweeping up of popcorn with coworkers in the theaters. This sense of camaraderie within the employees of the theater is Empire of Light’s greatest asset, and yet, it too often gets lost amongst too many other ideas.

For much of Empire of Light, it seems like Mendes is building towards a movie premiere that will be happening at the theater. The staff is getting the place in tip-top shape for the premiere of Chariots of Fire, which will boast appearances from people like Lawrence Olivier and Paul McCartney. Yet this is just part of the story, as Mendes explores too many threads alongside this. For example, Hilary is taking lithium for health issues that arise at the most inopportune moments, and ends up becoming the focus of the film—at least for a little while. The same is true of Mendes’ tackling of race here, as Stephen is living in an area that doesn’t care for Black people, and his harassment also becomes the focal point of this story for a while. It’s all very fragmented, as if Mendes wanted to make a movie about movies, but couldn’t find a way to effectively Hilary and Stephen stories that fit into this concept.

This fractured narrative makes Empire of Light, unfortunately, feel too aimless, almost like Mendes knew he knew where he wanted his film set, how he wanted it to end, then couldn’t figure out what to do for the rest of the film’s running time. Colman and Ward are both good considering the restraints of the script, (Colman is especially given large moments to let loose, given her condition), but the relationship between Hilary and Stephen never quite makes sense, like the film puts them together simply because they both feel like outsiders with little else to connect them.

Like Mendes’ 1917, Empire of Light is technically impressive, but lacks the greatness that could the magic of the movies through example instead of by telling. Roger Deakins’ cinematography elevates a story that could’ve been visually unimpressive. One New Year’s Eve scene spent on the roof of the theater as fireworks burst is truly stunning, while another scene between Stephen and Hilary at her apartment shows how just the right lighting can completely alter the intention of a scene. Also expectedly great is the score from Trent Reznor and Atticus Ross, which sounds like it could’ve been recorded using the old abandoned piano in the theater’s long-closed wing. It’s a relatively unassuming score, but helps highlight the film’s best moments, where the film, again, focuses on that magic of the movies aspect.

In the final act, Empire of Light seems to remember out of nowhere that inside this theater, people actually go to watch movies. We can hear the Chariots of Fire theme song from the lobby, or see that the theater is doing a double feature of The Blues Brothers and All That Jazz, but Empire of Light saves the actual movies until the very end—an extremely odd choice. But in these moments, Mendes does effectively show how magical the movies can be, how much they can alter our lives at important moments. In one particularly beautiful sequence, Toby Jones’ projectionist Norman shows what he does in the projection booth. Photos of movie stars line the walls, as he threads the film, makes sure the picture is correct, and the audience is getting to see their main attraction exactly as it’s supposed to be seen. As we watch the little flickers of dust fly in front of the project image, we can feel the power that these movies have not just for the viewers, but for the people behind them. It’s a wonderful scene, and it’s unfortunate there aren’t more moments like that within Empire of Light.

Empire of Light ultimately becomes a confusing mixture of ideas that never congeal into one solid narrative. Yet Mendes’ film does have the tiniest slivers of magic poking through the seams, proving his thesis about the beauty of film, even when he’s too distracted to focus on that idea himself.

Empire of Light comes to theaters on December 9.