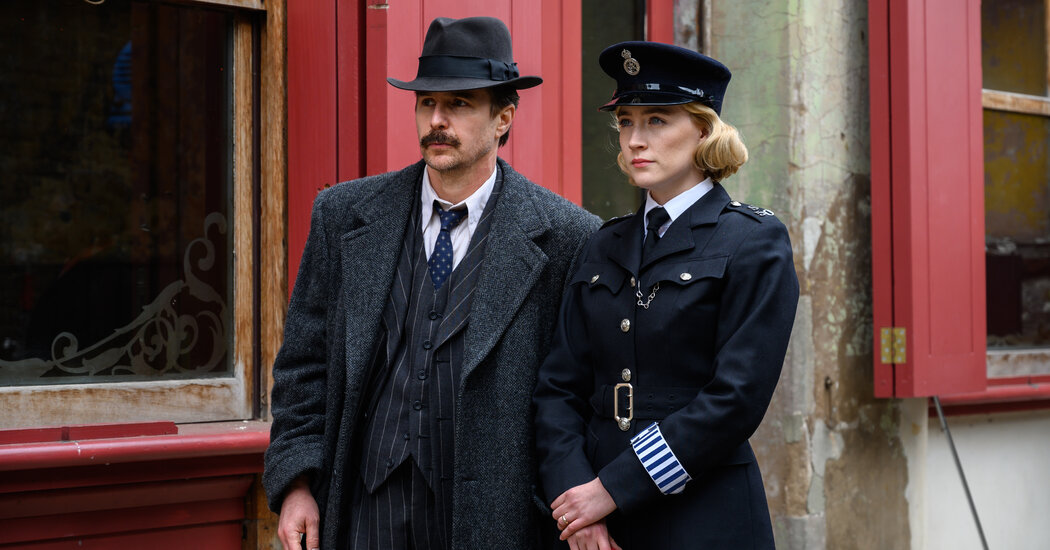 The whodunit comedy “See How They Run” is set backstage in a 1950s London production of the long-running Agatha Christie play “The Mousetrap.” With a sprightly wit and an all-star cast to bring it to life, the movie manages to be a loving parody of theater gossips, postwar London and Christie’s murder mysteries all at once.

The story is an investigation of the murder of a Hollywood film director, Leo Köpernick (Adrien Brody). Leo had been hired to adapt the play, and he was killed in cold blood at the theater, making all the show’s players potential suspects and, they fear, potential future victims. There’s the disgruntled screenwriter, Mervyn (David Oyelowo), the sensitive actor Dickie (Harris Dickinson), and the hard-nosed theater owner (Ruth Wilson). Each has their motives, and an odd couple of detectives are assigned to untangle them. Inspector Stoppard (Sam Rockwell) is a jaded veteran, and his apprentice is a movie-loving rookie, Constable Stalker (Saoirse Ronan).

As a parody, the film is quick to show its appreciation for the genres being spoofed. One charming gag finds Stalker pausing her criminal analysis to praise the virtues of performers who are tangentially mentioned in the course of the investigation. “Rex Harrison, wonderful actor,” she reverently intones.

It’s an endearing bit because the same compliments could be passed along to this film’s decorated cast. The director Tom George gives his performers permission to approach their roles with cake-eating aplomb, and he complements their enthusiasm with campy direction, winking at the audience through title cards, split screens and paisleyed production design. The result is a plummy affair, a proper figgy pudding baked out of once-stale Scotland Yard tropes.