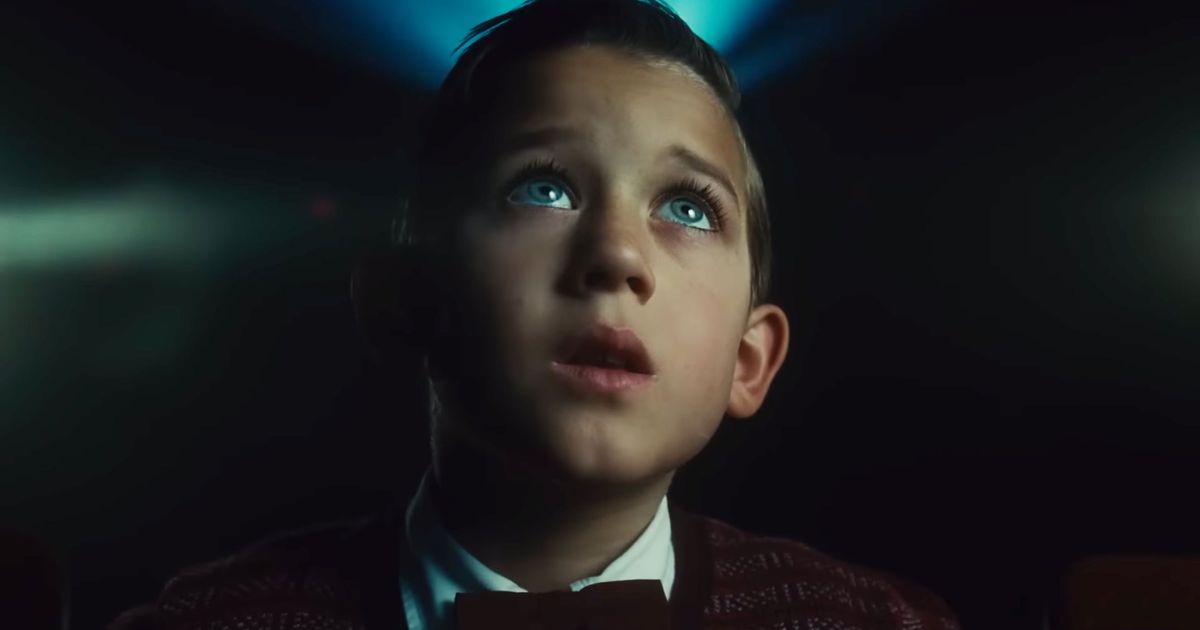 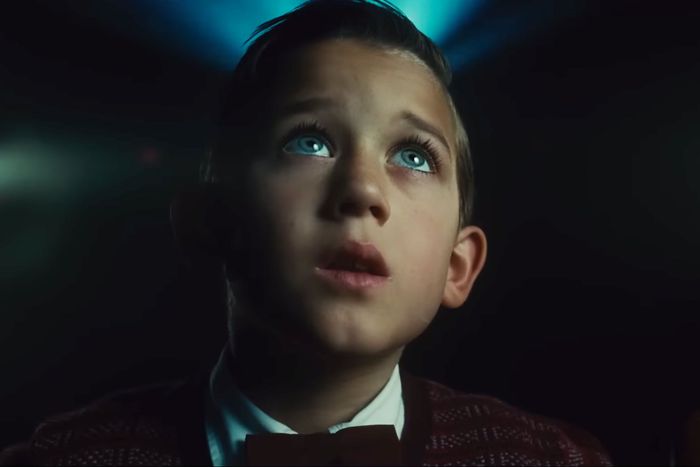 Just how much is Sammy Fabelman, the fledgling protagonist of Steven Spielberg’s new film, meant to be a stand-in for Spielberg himself? The two share an upbringing, from an early move to Arizona to ambitious home movies with friends to weathering antisemitic bullying to a parental split. But Spielberg gives his onscreen avatar, who’s played by Mateo Zoryon Francis-DeFord as a child and Gabriel LaBelle as a teenager, a name with storybook connotations as if to emphasize a distance between them as well. The Fabelmans, which made its premiere this weekend at the Toronto International Film Festival, may not be a fable itself, but it does have a tendency to slip toward the mythic. Spielberg is the deity of a whole era of Hollywood entertainment, but confessional autobiography just isn’t a mode he slips into easily. The most interesting parts of this baggy, inevitably indulgent, and often spectacular work find him grappling with the idea of putting himself onscreen versus adapting part of his life into the stuff of a movie. During one particularly painful sequence in which Sammy’s parents, Burt (Paul Dano) and Mitzi (Michelle Williams), gather their four children to tell them some news, Sammy glances in the mirror and imagines himself circling the scene with his camera rather than being a part of it.

The Fabelmans is a film about how Sammy falls in love with filmmaking and how his parents eventually decide to get a divorce, two threads that are entwined from the opening scene when a reluctant Sammy is about to see his first movie: the mawkish Cecil B. DeMille circus drama The Greatest Show on Earth. Sammy’s uncertain, and Burt, an electrical engineer, tries to coax his son inside by explaining how a projector and film create the illusion of motion. (It’s a big year for persistence of vision — Toby Jones gives a similar speech in Sam Mendes’s Empire of Light.) Mitzi, a pianist who’s mercurial and emotional where Burt is even-tempered and logical, urges Sammy in by comparing the movies to dreams you don’t forget. The mixed encouragement works, though Sammy emerges from the theater dazed rather than delighted, so consumed by the railway crash sequence that he’s only able to move on after reenacting and recording the accident using the train set he gets for Hanukkah and his father’s camera, as though it were an exorcism. The Fabelmans is about the power of cinema, a subject that almost guarantees a degree of self-congratulatory sentimentality, and yet for Sammy, this power is as uneasy as it is exhilarating.

It’s a power that allows him to understand that his mother is in love with Burt’s best friend, Bennie Loewy (Seth Rogen), maybe even before she does. Cutting together footage from a family camping trip at the behest of his father, he suddenly sees the pair’s interactions in a new light, looking frame by frame at the expression of terror and longing on Mitzi’s face when Bennie playfully swings her into his arms. The Fabelmans is the rare movie to depict a marriage that is stable and loving and nevertheless not working, and while Williams alternates between exuberant and distraught, her character incapable of hiding her inner thoughts, Dano pulls off the tougher feat of demonstrating how someone can be smothering in their steady devotion. Sammy may love his father, but he’s his mother’s son — an artist, which in the eyes of The Fabelmans means he has an innate selfishness. Judd Hirsch, in a bravura sequence, shows up on the family doorstep as Mitzi’s wiry uncle Boris, who worked in Hollywood for a while himself. He tells Sammy that being an artist is like being a junkie: “It will tear your heart out and leave you lonely,” which is a far cry from platitudes about the movies bringing people together.

The Fabelmans may look honey-colored, courtesy of Janusz Kamiński’s nostalgia-tinged photography, but it isn’t sickly sweet or sweeping in its scope. Instead, it skips forward in episodes bound together by match cuts and “one year later” cards, always with a touch of remove, more an account of the formative incidents in Sammy’s life than an exploration of the young man he’s becoming. Spielberg wrote the screenplay with Tony Kushner, and there’s a tug-of-war throughout it between the lead-up to the important moments and those moments themselves. The Fabelmans is shot through with sublime scenes, but the buildup to each one is awkward and herky-jerky, as though the project began as a set of Post-it notes and refused to be lined up into a single, flowing film. Spielberg, an incredibly precise filmmaker, never seems certain as to what a movie about his life, or about that of a slightly outsize proxy, should look like, and that uncertainty is actually the warmest and most vulnerable quality The Fabelmans has. How could he know? It isn’t over yet.